You are here: Home / Night to Honor Teaching 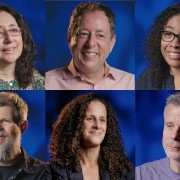 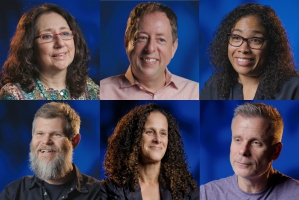 The 35th Andrea Rich Night to Honor Teaching was recently organized and produced by the Office of Instructional Development and graciously hosted at the Chancellor’s Residence on the evening of October 25, 2018. Chancellor Block convened the evening by lauding Andrea Rich, the founder of both the Office of Instructional Development and the Distinguished Teaching Awards. He also recognized this year’s winners who represented a broad range of disciplines.

OID’s Faculty Director, Adrienne Lavine, acknowledged the winners and noted the changing conversation at UCLA about the importance of teaching, the emphasis on teaching excellence by campus leaders, and a growing number of pedagogical endeavors among campus units. Support from OID itself for teaching excellence is in higher demand than ever.

The Academic Senate’s Committee on Teaching chose winners of distinguished teaching awards in three categories – six senate faculty members, three non-senate faculty members, and five teaching assistants. OID’s Instructional Media Production filmed and edited interviews conducted by OID’s Kumiko Haas and Marc Levis-Fitzgerald into two-minute clips that were shown at the event as each winner was announced and came forward to accept the award and address the assembled audience.

The UCLA Newsroom featured a story about the evening and these amazing teachers whose disciplines cover the entire campus. The winners’ video interviews and others from prior years are also available on the OID website. The awardees’ devotion to teaching and reaching students is deeply touching and serves as a poignant reminder of the purpose of our institution and the many who contribute to its success. 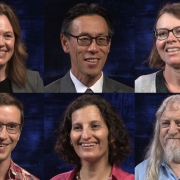 The 34th Annual Andrea L. Rich Night to Honor Teaching took place on October 11, 2017 at the Chancellor’s Residence. This annual celebration is co-sponsored by the UCLA Academic Senate Committee on Teaching and the Office of Instructional Development to honor and celebrate the accomplishments and dedication of the Faculty, Lecturers and Teaching Assistants who have received this year’s awards for teaching. Read more about the recipients of this year’s Distinguished Teaching Award at the UCLA Newsroom article.